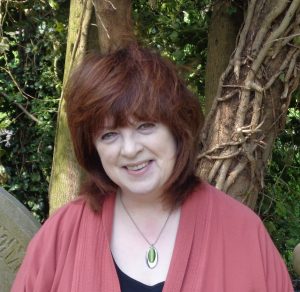 Sarah Rayne is the author of a number of acclaimed psychological thrillers and haunted house books. Here’s an introduction to her work, starting with the popular Phineas Fox series.

Death Notes, the first of the psychological mystery thrillers featuring the music historian and professional researcher, Phineas Fox, was published in 2016. There are six books in the series:
Death Notes (2016)
Chord of Evil (2017)
Song of the Damned (2018)
Music Macabre (2019)
The Devil’s Harmony (2020)
The Murder Dance (2021)

“If future installments are as gripping and intricately plotted as this one, it could have a long run…” Booklist, on Death Notes
“Fans of erudite mysteries with a musical slant are in for a treat” Publishers Weekly on Song of the Damned

Sarah’s haunted house series, featuring the Oxford don, Michael Flint and the antiques dealer, Nell West, has received high praise from the critics, and the books have been described as ‘eruditely eerie’.

There are six novels in the series, and although they can be read individually, it’s probably a good idea to start with Book One, Property of a Lady.

“The haunted-house theme is one of the most venerable in the genre, and Rayne has given it new life in this series, drawing again and again on the secrets (and the horrors) contained within structures built originally to keep us safe…” Booklist

Watch Sarah Rayne talking about her acclaimed haunted house series, and the inspiration behind the books and the ghosts that walk through them.

These are six stand-alone books, and have all received high praise, with Tower of Silence long-listed for the prestigious Theakston’s Crime Novel of the Year.

“Had me both absorbed and fascinated as well as scared stiff…  Wonderful stuff!”  Euro Crime

Sarah Rayne’s six contemporary horror books have recently been reissued in digital format. They were originally written under the pseudonym of Frances Gordon, and Blood Ritual was described by Time Out as “A superior example of the vampire genre…”

The three Immortal Tales titles are re-telling of traditional fairytales, and include the eerie Wildwood – the modern-day version of Little Red Riding Hood.

Sarah’s widely-read fantasy books – the Wolfking quartet, first written and published in the early 1990s – have recently been re-issued in digital format.

There are four novels in the fantasy series. It is recommended that you start with Wolfking.

“Before long you find yourself engrossed…”  Fear

To date, Sarah has written and published four short stories:
The Unknown Crime
The Forgotten Manuscript
A Clever Evil
A Strange Retribution
These are available in the short-story collection, Crimes and Punishments.

As well as being published in America and Australia, Sarah’s books have been translated into German, Dutch, Russian, and Turkish.

Sarah Rayne began writing in her teens, and after a Convent education, which included writing plays for the Lower Third to perform, embarked on a variety of jobs.

Her first novel was published in 1982, and since then she has written more than 25 books, including eight psychological thrillers which met with considerable acclaim, with Tower of Silence long-listed for the prestigious Theakston’s Crime Novel of the Year.

Her haunted house series, featuring the Oxford don, Michael Flint and the antiques dealer, Nell West, has receivedhigh praise from critics, and the books have been described as ‘eruditely eerie’.

2016 sees the start of a new series of psychological thrillers, focussing on a music researcher, Phineas Fox.The first title in the series is Death Notes.

Sarah’s famous fantasy books – the Wolfking quartet, first written and published in the early 1990s – have recently been re-issued in digital format, as have six contemporary horror books originally written under a pseudonym.

Short stories to date are The Unknown Crime, The Forgotten Manuscript, and The Masquerade.

As well as being published in America and Australia, Sarah’s books have been translated into German, Dutch, Russian, and Turkish.

The daughter of an Irish comedy actor, Sarah was for many years active in amateur theatre, and lists among her hobbies, theatre, history, music, and old houses. Much of her inspiration comes from the histories and atmospheres of old buildings, a fact that is strongly apparent in many of her settings – Charect House in Property of a Lady, Twygrist Mill in Spider Light, andMortmain House in A Dark Dividing.Music also influences a number of her plots –the eerie death lament, ‘Thaisa’s Song’ in The Bell Tower, the music hall songs in Ghost Song, and the creation of the scandalous 19th century violinist, Roman Wolf, in Death Notes.

Music is a brilliant tool for setting just about any scene and creating any mood.  For starters it can be unashamedly romantic: for example Fred Astaire serenading Ginger Rogers with Jerome Kern’s, The Way You Look Tonight, in the film, Springtime. It...

END_OF_DOCUMENT_TOKEN_TO_BE_REPLACED

RIPPING OFF THE VILLAIN

The creation of a villain can be a surprisingly fascinating exercise.  There are so many roles they can be allotted.  For starters, it’s usually necessary – and hopefully interesting for the reader – to show their multi-layered lives, because they aren’t always...

END_OF_DOCUMENT_TOKEN_TO_BE_REPLACED

A DISCORDANCE OF ANCIENT LAWS

I wasn’t expecting to find I had combined an ancient law and opera for a book, but Song of the Damned, (Book 3 of the Phineas Fox series), turned out to have both elements at its heart. It’s not, of course, so very rare for opera and the law to meet up. In Lohengrin...

END_OF_DOCUMENT_TOKEN_TO_BE_REPLACED

https://www.amazon.co.uk/Murder-Dance-Phineas-Fox-Mystery/dp/0727850121/? Embarking on a new outing for music historian and researcher, Phineas Fox, it seemed to me that it was time for him to explore uncharted territory.  To date he had wandered happily and...