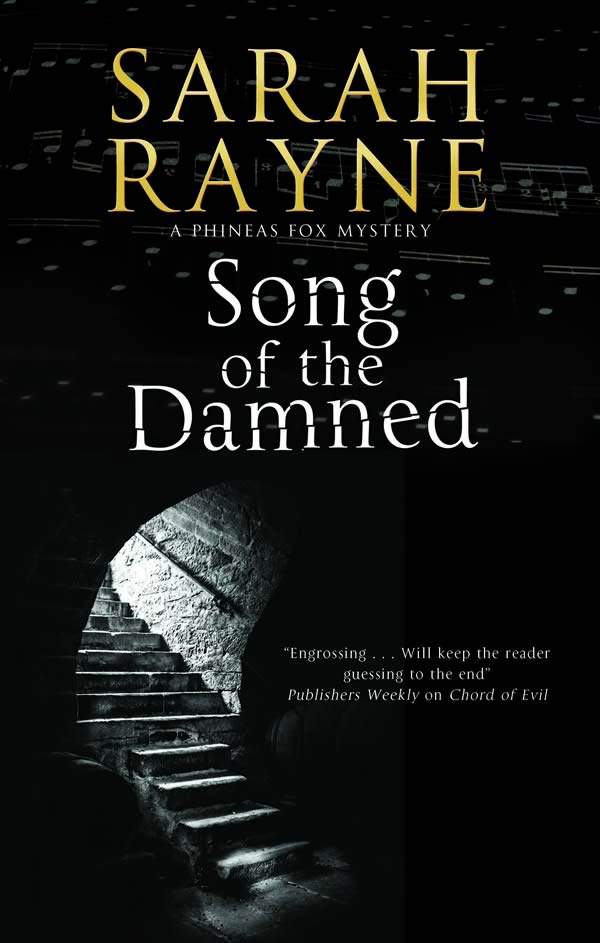 “This series started strong and keeps getting stronger…” Booklist

Song of the Damned

When researcher and music historian, Phineas Fox, is asked to help with bicentenary celebrations in rural Worcestershire he is not prepared to find fragments of a medieval ritual within a locally-written piece of music.

The ritual was known as the Lemurrer – from the French, l’emmurer – to immure, specifically to wall up alive, and as Phin traces the threads of the past, he begins to uncover evidence suggesting that the macabre ritual might have been practised in the area. Within these fragments is the strange legend of the shadowy and tragic Ginevra.

To most people in Cresacre, Ginevra is nothing more than a vague ghost-figure who probably never existed, but Phin – accompanied by the irrepressible Arabella Tallis – becomes convinced that she played a part in Cresacre’s curious past.

Only Olivia Tulliver, living in the eerie Infanger Cottage, knows what really happened to Ginevra, and she will do anything to keep the truth secret.

The truth, when Phin eventually reaches it, is darker and far more shocking than he could have imagined. He is brought to the realisation that macabre events from two centuries earlier are still affecting the present.