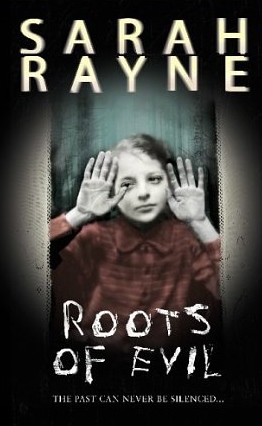 “The author weaves a gripping tale, providing bumps and jolts along the way…”  Bookseller

Lucy Trent is perfectly used to having the legend of her glamorous, disreputable grandmamma disinterred from time to time – the infamous silent-screen star, Lucretia von Wolff, whose lovers were legion, whose scandals were numerous, and whose life ended abruptly in a bizarre double murder and suicide at the Ashwood film studios in 1952. She rather enjoys Lucretia’s legend, although most of the family would prefer it to be quietly forgotten.

But when an inquisitive schoolteacher, Trixie Smith, is found murdered in the now-derelict studios, disturbing facts about the past begin to emerge – facts which seem to point back to the eerie legend of the child known simply as Alraune – the child alleged to have been born at the outbreak of WWII. Alraune, named for Lucretia’s most famous film, has always seemed nothing more than a ghost-child, a semi-fable created by various publicity machines. But did Alraune actually exist? And if so, why was it a childhood “so bizarre and so utterly tragic it’s best not repeated,” as Lucy’s beloved Aunt Deborah insists.

In the ensuing murder investigation, Lucy is to discover the truth of her family’s dark and often poignant history – a history which spans the glittering concert halls of 1920s Vienna to the bleak environs of wartime Auschwitz .

And at the heart of it all lies the shocking truth about the mysterious child called Alraune.

Lucy thought, oh, blast, it’s something to do with grandmamma.  Another weirdo wanting to write an article or even a book.  But she said, guardedly, that yes, she was Lucretia’s granddaughter.

‘And,’ said Lucy, ‘you’re going to use the Ashwood murders as the cornerstone.’

‘Not in the least.  I wouldn’t have chosen to have a grandmother who was a murderess, but it all happened years before I was born.But if you’ve got any wild ideas of solving a mystery, you should know there truly isn’t one to solve.  In the Twenties and Thirties my grandmother was the original sultry temptress of the silent screen.  The men adored her and the women disapproved of her.  Her lovers were legion and her scandals were numerous, and—’

‘I want to find out about Alraune.’

The name dropped into the room like a heavy black stone falling down a well.  There were several possible responses to it;  one of which was for Lucy say, with extreme flippancy, ‘Wouldn’t we all like to find out about Alraune,’ and then escort Ms Smith out of the building faster than a bat escaping hell.  After which Lucy could forget this entire discussion, leave Lucretia with the brand of Cain on her sultry white forehead, and shut Alraune firmly back into the stored-away memories along with the rest of the ghosts.

She said, ‘But you must surely realise that Alraune never existed.  It was all a publicity stunt dreamed up by journalists,’ and Trixie Smith, with the air of one who has finally heard what she has been waiting for, said,

‘Are you sure about that?’

Lucy’s mother had always maintained that Alraune had genuinely been nothing more than a ghost-child created by the gossip-columnists, the conception and birth deliberately surrounded by mystery.

Aunt Deb would never talk about Alraune, although she once said that if even a tenth of the stories had been true, it must have been a childhood so bizarre and so bitterly tragic that it was best not to re-tell any of it.  Alraune, either living or dead – and most probably dead – was better left in peace.