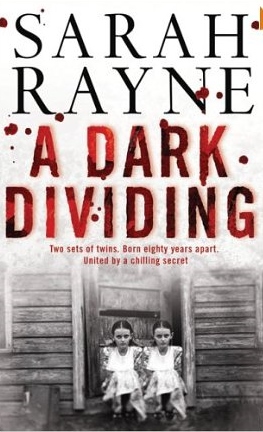 At first, journalist Harry Fizglen is sceptical when his editor asks him to investigate the background of Simone Anderson, a new Bloomsbury artist. But once he’s met the enigmatic Simone, Harry is intrigued.

Just what did happen to Simone’s twin sister who disappeared without trace several years before? And what is the Anderson sisters’ connection to another set of twin girls, Viola and Sorrel Quinton, born in London on 1st January 1900?

All Harry’s lines of enquiry seem to lead to the small Shropshire village of Weston Fferna and the imposing ruin of Mortmain House, standing grim and forbidding on the Welsh borders. As Harry delves into the violent and terrible history of Mortmain, in an attempt to uncover what happened to Simone and Sonia, and, one hundred years before them, to Viola and Sorrel Quinton, he finds himself drawn into a number of interlocking mysteries, each one more puzzling – and sinister – than the last.

They turned off the main road and went down a wind-y little lane, and that was when Simone looked across at the fields on their left.   Here and there was a farmhouse or a little group of cottages or a church spire.  But across the fields, set a bit above the road and frowning down at the cars, was an old, old house.   Simone glanced up at it, and instantly felt as if somebody had punched her stomach.

The house.  The black stone house where the little girl lived.  The place of clanging doors that were locked every night at exactly the same time, and of angry despairing screams.  The place where you ate your meals at long scrubbed-top tables, and where there were sour smells of despair and loneliness, and where the rooms smelled of sick and dirt.

Simone twisted round in the front of the car, watching the black house get smaller and smaller as they drove away from it.   There was no mistake; she knew exactly what the house looked like; she knew about the door at the centre like a square grinning mouth, and the straggly little bits at the back which were called sculleries and the underground rooms where people were sometimes shut away.

She even knew about the old trees that grew around the house, because the little girl had told her about them.  She had said to Simone that if you looked at them for long enough you saw horrid, evil faces in the trunk, that looked as if they were a thousand years old, and that stared at you out of withered eyes.   Wizard oaks, they were called.  There was a poem about them; it told how on some nights the bad old wizard woke up and parted the branches, and peered into the room to see if there were any little children he could snatch up and carry away.

It was scary to find the house like this, all by itself in the middle of fields, but the really scary part was that even from here – even with mother’s little car bowling smartly along the road – Simone could see that the house was a very old crumbly building, with gaping holes where the windows had been and birds’nests in the chimneys.  Worst of all was that she could see that it was empty, and that nobody could possibly have lived in it for years and years, especially not any children.

She did not dare to tell mother about the black old house in case it meant there was something wrong with her.  If you heard voices that other people did not hear, and if you knew what places looked like before ever you saw them it might mean you were mad, and mad people were shut away and never let to go out into the world.

← Roots of Evil Tower of Silence →