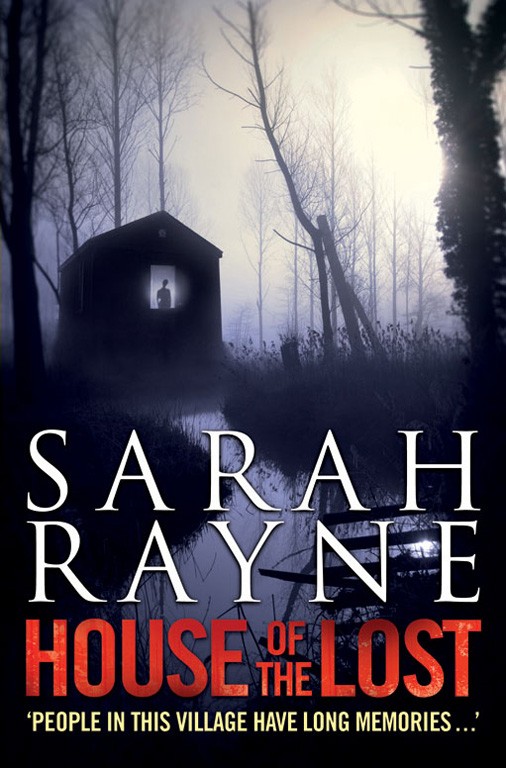 “Had me both absorbed and fascinated as well as scared stiff…  Wonderful stuff!”  Euro Crime

House Of the Lost

When novelist Theo Kendal inherits the remote fenland house in which his cousin Charmery was murdered, he believes it will bring him closer to the truth about her death. It will also be the ideal place to finish his new book. But the bleak Fenn House is an uncomfortable place to spend the winter. Plagued by unexplained noises, a clock that winds up by itself and a rose mysteriously left on the dining room table, Theo is beginning to regret his decision.

Even stranger, his new novel seems to be writing itself – and heading in an unplanned direction. Theo finds himself describing a young boy called Matthew who lives in constant fear of a visit from the cold-eyed men. Struggling to understand the dangerous secrets that surround him and his family, Matthew inhabits a terrifying world where people die in macabre circumstances, where they can be imprisoned without trial or reason, their identities wiped from the world forever.

And then Theo discovers that Matthew and his family really existed, part of a dark and violent segment of recent history that threatens to reach across the years to tear his life apart.

And somehow it all connects to the death of his cousin Charmery . . .

At first the footsteps were faint and distant like a tap dripping or a thin drumskin softly vibrating, but then they grew louder and stronger.  Theo listened intently.  Soft light crunches – exactly as if someone was walking along the gravel path that wound down to the old boathouse.  But he was damned if he was going to yomp through the unlit lonely gardens in search of an intruder – especially since he was living in a house whose owner had been recently murdered and with the murderer still at large.  What he would do was make a careful check of all the locks and bolts in the house to make certain no one could get in, and keep his mobile phone near.

The rooms all had shrouded furniture, bare walls, and oblong patches on the walls where pictures or mirrors had hung.  There was no one hiding anywhere.

The only room he had still to check was Charmery’s, and he was within two strides of the door when the creakings seemed to shift gear.  He paused to listen, not exactly frightened, but puzzled.  The sounds were curiously rhythmic, no longer loud enough for actual footsteps.  He pushed open the door of Charmery’s room and it was then that another sound came – a sound that sent his heartbeat skittering wildly.

The old clock – the clock that Charmery claimed was Fenn House’s heart, the clock that had not been wound since she died – had just chimed the half hour.   The rhythmic sounds that had puzzled Theo a few minutes earlier had been the clock’s measured ticking.

Someone had wound it up.

Darkness was creeping across the garden, as if a veil was being slowly drawn down over it, and the small courtyard was already smothered in shadow.

Charmery used to say summer twilight was romantic – black-bat nights and poets entreating their ladies to come into gardens, she said.  Moon rivers and the deep purple falling over sleepy garden walls.  It was a secret time, she used to say, her long narrow eyes smiling.  A time when no one quite knew where anyone else was, and when you might vanish for a magical mysterious hour of your own…   (‘Come down to the boathouse with me, Theo…  No one will know…’)

It was on the crest of this memory that Theo saw, quite definitely, a flickering light inside the boathouse.

He unlocked the French windows and stepped outside.  Cold night air, dank from the nearby River Chet, breathed into his face and Theo stood listening and trying to see.  How mad would it be to investigate on his own?   Should he call the local police?  But a vagrant light in an old boathouse was hardly cause to call out the cavalry.  In any case, by the time they got here the light would probably have disappeared.

He went warily down the twisting path that once he had known as well as he knew his own reflection.  Here was the little rockery where the lavender bush had been, and here were the four moss steps to the lower level.  Once down the steps a big old apple tree screened the boathouse, and Theo could no longer see the light.   Supposing he reached the boathouse to find someone waiting for him?  Charmery’s murderer?  Or Charmery herself?   ‘Let’s run away to the boathouse,’ she had said that afternoon, giving him the shining smile that had always melted his bones.  She’s dead, said Theo silently.  She’s been dead these four months and the dead don’t return.

But supposing they did?  Supposing they came back to a house they had loved and set its heart beating again…?

← What Lies Beneath Ghost Song →