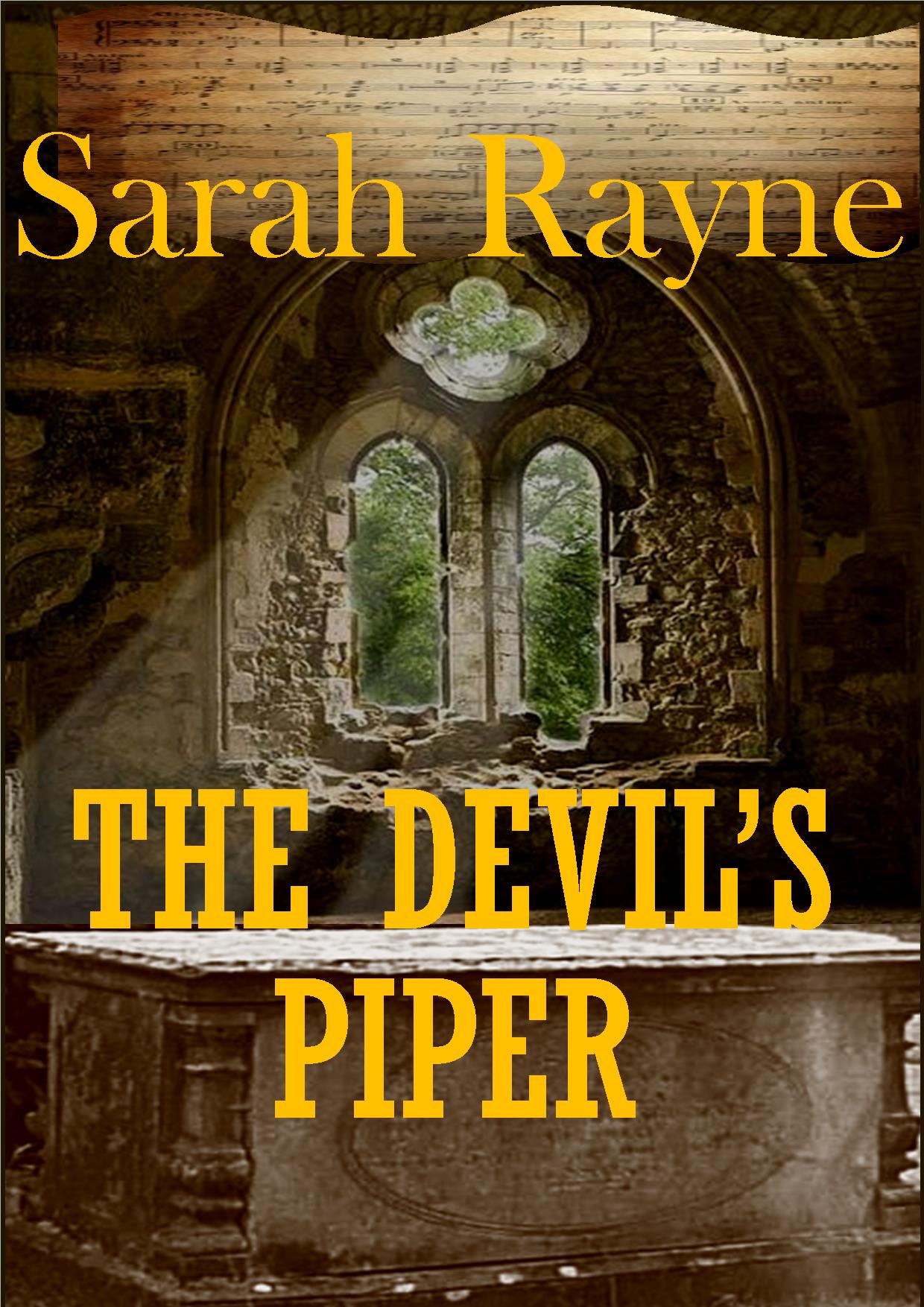 Isarel West has just inherited an old Irish house once owned by his Jewish grandfather, Jude Weissman, the notorious and scandalous composer-conductor, nicknamed ‘Judas’ because of his allegiance to the Third Reich in WWII.

Shortly after Isarel’s arrival, he finds some old sheet music and realises that it’s Jude’s famous Devil’s Piper Suite, which some people believed Jude had based on the Black Chant – a sequence of music that legend says can call an ancient power from the grave. And when Isarel starts to play it, a creature entombed in the crypt of a nearby monastery, escapes…

Isarel, in company with Brother Ciaran whose Order has guarded the entombed creature for centuries,sets out to trace the dark legend to its source. As they do so, the truth about the ancient music begins to unfold. For the Black Chant’s legend is true. Its spell pulled a rebellious High Priest from the ancient past and began a chain of violent events. In twelfth century Italy, it brought tragedy to the family of a Cremona violin-maker… Three hundred years later, it charmed a Tudor King with shocking consequences… As recently as the twentieth century it trickled a dark and dreadful power through 1940s Berlin… And now, in the present, the Black Chant has fallen into the hands of a group of people who will once again make evil use of it.

It was not quite what the novelists called the witching hour, but it was close enough.  Ciaran supposed that if you were going to commit a foolhardy act, you might as well do it with the full complement of midnight chimes from the clock tower, and with only the flickering light of a candle.

As they crossed the quadrangle he had the feeling that they were being watched, and he paused, holding his candle aloft, shielding it from the sighing night wind with one hand.  But there was nothing to see except the Abbey’s own black shadows, and he turned back to where Cuthbert was unlocking the outer door of the tower.

The crypt stairs twisted round and down.  They were dark and narrow, worn away at the centre, and Ciaran felt a shiver of awe at this evidence of age.  As they went down, the feeling of being silently followed was very strong indeed.

Cuthbert said, in a matter-of-fact voice, ‘The tomb is over there, I believe.  Directly ahead.’

‘I don’t think we’re going to miss it, Cuthbert.’

Ciaran looked about him at the shadowy crypt, the low archways of stone, the shelves of rock at the sides, and drew breath to frame a prayer.  As he did so, Father Abbot’s hand came down on his arm.

There in front of them, shrouded in twisting darkness, was a crouching black bulk: a waist-high rectangle of dark stone, roughly eight feet in length and four or five feet wide.

The tomb of Ahasuerus.

Father Abbot said, softly, ‘They bound him to the grave with every symbol of light they could find and still he escaped.’

The light from the candles fell across the stone sepulchre, and horror lashed against the minds of the three men.

The immense stone lid had been pushed aside so that it lay at right angles to the elaborate sepulchre.  Inside was a smaller, more conventional coffin: wooden and unexpectedly flimsy as if it might have been constructed hurriedly, in immense secrecy.

The wooden lid of the inner coffin had been flung aside, and a thin layer of linen lay discarded as if whatever had lain under it had pushed it aside and sat up.

The tomb was empty.