TRAVELLING THROUGH FICTION… IT’S NOT WHAT IT USED TO BE 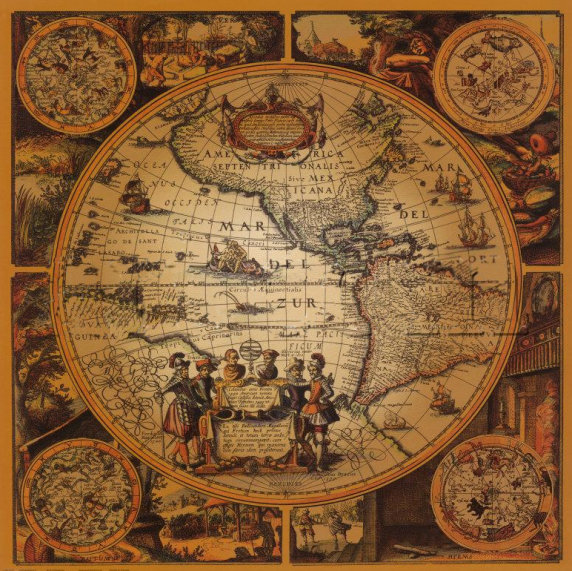 There was a time when a degree of glamour attached itself to a journey – when journeys themselves could provide a writer with a splendidly atmospheric setting.  You could place your characters on a train or a ship and cast them into all manner of perilous, murderous, or even merely romantic situations.  You could bump people off, cause annoying bit-part players to vanish, and you could develop relationships over a civilized meal in the restaurant car or at the captain’s table, (assuming you had remembered to allot to the lovers the income needed to travel First Class).  You could even allow a casual encounter to become an actual liaison – providing that if the characters were destined to enjoy the railway’s equivalent of the Mile High Club, you were careful to avoid such busy intersections as Crewe and most of the main London termini.

But although travel is nowadays fast, clean, and efficient, (we could possibly exclude the train networks on that last one), something’s been lost for authors.  Because if there had been a high-speed, open-carriage service, would Agatha Christie’s redoubtable Miss Marple have become imbroiled in the murder on the 4.50 from Paddington?  And would the English lady have vanished so completely and so intriguingly in Ethel Lina White’s classic The Wheel Spins, filmed as The Lady Vanishes? Would the ill-starred Anna Karenina have had quite such a complex relationship with Vronsky if they had not been shut into a railway carriage together so early in the plot?

It’s difficult, as well, to picture the lovers in Brief Encounter playing out their grand renunciation scene without the swirling smoke of steam engines shrouding them, the relentless chug of trains blurring the dialogue, and the crashing of crockery from the seedy buffet.  Even if you imported all three movements of Rachmaninov’s 2nd Piano Concerto and had Lang Lang playing them, gut-wrenching farewells just aren’t the same on a modern, multi-platformed station, with indecipherable announcements assaulting the senses, and soulless machines dispensing tea, coffee and soup.

To be fair, murders can still be staged on inter-continental journeys, but Dame Agatha did really corner the market on that one, and the Inland Revenue are annoyingly suspicious of expense claims for a trip on today’s version of the Orient Express.

It would be lovely to set a ghost story on a railway station, as Charles Dickens memorably did with The Signalman, and as Arnold Ridley did when he wrote The Ghost Train – the stage

version of which is still being performed up and down the country by professional and amateur companies alike.  Anyone who ever saw the 1941 film version with Arthur Askey and Richard Murdoch can probably remember the marvellous scenes in the tunnel, where the mysterious figure of Ted Holmes is said to be glimpsed, “His lamp still burning in his hand,” singing Rock of Ages as he haunts the tunnels.
But ghosts don’t seem to have a place in train stations any longer – although St Pancreas is still nicely gothic, and you might get a good bit of atmosphere from the Underground, as a number of film-makers have discovered.  Creep comes to mind here, of course, and also The Taking of Pelham, 1, 2 and 3.  And J K Rowling certainly immortalised Kings Cross and its fabled Platform 9 ¾, with Goathland Station in North Yorkshire (largely unchanged since 1865), providing a terrific setting for Hogsmeade in the film.

The old story-tellers knew the value of adding a bit of mystery to a journey.  Travellers on the brink of unexplored lands (perhaps running out of energy, courage, or simply food), would instruct the map-makers to write, ‘Here be dragons’, on the uncharted areas.  Thus conjuring up all kinds of alluring lands for future journeys, and far more fun than losing the signal on a sat-nav, or running out of petrol on the M25. Although both these events can open up intriguing possibilities for plot developments.

James Elroy Flecker, in his 1913 verse-drama Hassan – The Golden Road to Samarkand, wrote:

We are the Pilgrims, master; we shall go
Always a little further; it may be
Beyond that last blue mountain barred with snow
Across that angry or that glimmering sea.

Those are words that conjure up the ancient silk routes and the caravanserai of Persia and Isfahan.
Standing on a railway platform, sipping a plastic cup of instant coffee, listening to automated announcements about delays due to snow on the line, doesn’t have quite the same resonance as the dimly-lit night corridors of Hercule Poirot’s Orient Express, or of Flecker’s glimmering sea…   Perching on an uncomfortable chair in an airport lounge for five hours because your flight is cancelled owing to an air traffic control computer crash can’t compare with Rider Haggard’s doughty travellers trekking across deserts and braving shipwreck fever to discover King Solomon’s mines…

Nor is there any comparison with the romantic allure contained in the plane crash in a Tibetan snowstorm in Lost Horizon – a crash that sent the passengers on the legendary journey to the fabled and fabulous Shangri-La.
Those really were journeys.