THE RETURN OF THE WOLFKING 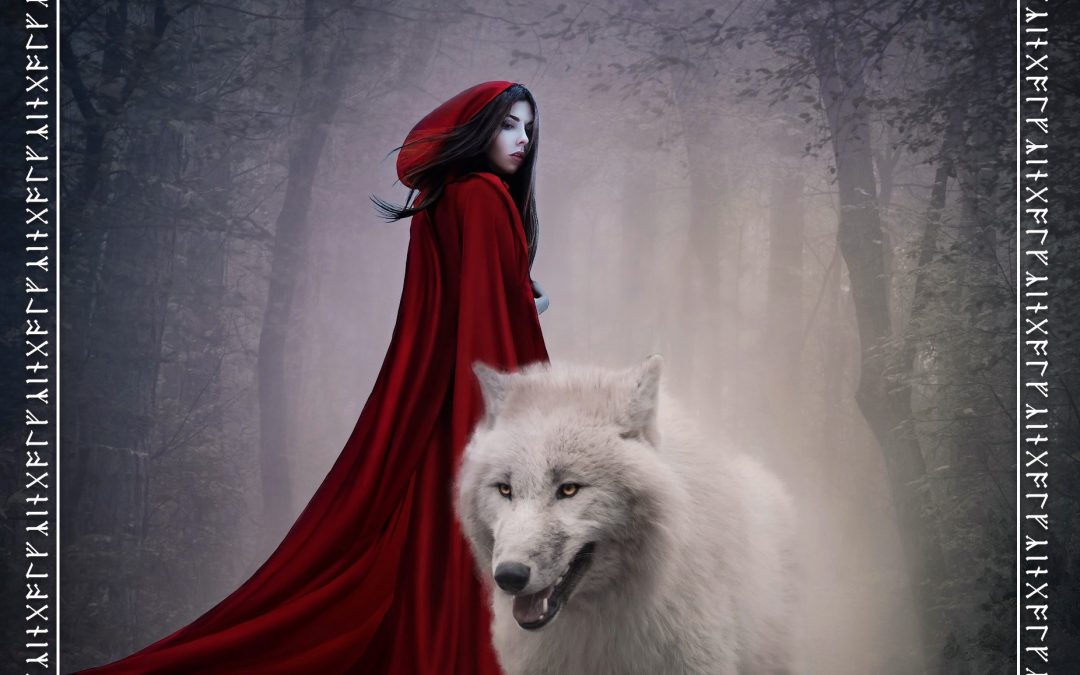 A long time ago, in a galaxy far, far away, I wrote a quartet of fantasy books set in ancient Ireland and starring a charismatic, slightly-dangerous, and not entirely human creature…  Cormac mac Airt was inspired by a medieval King of Ireland of the same name, and I loved creating him. The books have been out of print for many years, but early in 2016 I was approached with a proposal to digitally re-issue them. And so, 20 years after I spun him out of Celtic myth and legend, I’m delighted that the Wolfking is returning…

The genesis for the Wolfking series came from two sources.  The first was a song that was part of my school tradition.  It’s an early nineteenth century poem by Thomas Moore, set to an old traditional air:                     ‘The harp that once through Tara’s halls The soul of music shed, Now hangs as mute on Tara‘s walls. As if that soul were fled.’

Even today, the words conjure up end of term concerts, with rows of beaming parents.  But beyond all that, the idea of Tara itself brought a marvellous tumble of images: purple forests and the misty mountains of Erin, and the dazzling halls of the Court.

In creating Cormac I drew on a very different childhood memory.  A fear of wolves. One dark, rainy afternoon, I found an old book containing that most famous of all children’s stories, Little Red Riding Hood.  The pages were dry and foxed, and the illustrations (probably they were by Gustave Doré), were the stuff of nightmares.  But I read the story over and over again with a kind of helpless compulsion.

But years later, drawing on those fears to write the Wolfking quartet, I discovered that wolves could be tamed.

Something else I discovered during the writing of those books, is what fun it is to write fantasy – also how different the process is from setting a book in the real world.  For instance:-

The preparing and eating of meals might initially seem to be a problem in fantasy. You can’t send your characters out for a pub lunch or to the Italian trattoria on the corner.  Nor can they phone for a pizza delivery, to scoff with a bottle of vino in front of a DVD.  On the other hand, you can create marvellous banquets with all kinds of strange dining customs, and characters can feast off exotic dishes, long since forgotten.

Writing about romance (to give it its polite term) in the real world might call for a candlelit dinner, soft music on the stereo and silk sheets in the bedroom.  Or, if you’re reaching the maximum word-count and your hero and heroine tend to be brisk about such things, you revert to the Italian trattoria and plenty of Chianti.  In fantasy you might not get the silk sheets, but you can have a bedchamber strewn with rose petals, and the soft music can be supplied by a fantasy version of a Palm Court orchestra.  (If you’re a ruler in fantasy land you can order pretty much what you want on these occasions, as the Wolfkings usually did).

In fantasy you can often cut your way out of these by creating a spell – newly-woven or disinterred from a cobwebbed crypt, or possibly stolen from a rival sorcerer.  This last is good, because it allows you to start a sub-plot, in which a few characters can be sent on a quest, braving assorted dangers along the way.

There’s no NHS in fantasy, of course, or private medical schemes.  But if a character has over-indulged at one of the lush banquets, or, more likely, has a sword-wound from a battle, you can have a great time creating an eccentric druid or a wandering bard with a useful store of medical knowledge and a cartload of potions.

Both have to exist in fantasy, but the crimes can be pleasingly exotic.  They might range from the pilfering of a spell to the usurping of a throne. The punishments are exotic, as well.  It isn’t a question of turning up at Court No 3 and being sentenced to two years in the nick, or even an afternoon in the stocks.  In fantasy, people can be exiled from kingdoms.  They can be turned to stone or drowned in lakes of blood. They can be sacrificed in a ritual specially written for the occasion.  Often, they can be dramatically killed in a battle.  This allows the author to write a lively chapter, brimful of heroism, with the air ringing with Henry V-type rallying cries – after which everybody can have a splendidly Bacchanalian banquet by way of celebration.

As for the overall structure of the books, I wanted to tie those ancient forests and that lost Irish grandeur into the future. To create a bridge to that long-ago world – but a bridge that would not start in the present, with its too-easily-recognisable technology, but that would be far in the future…  In a world where technology was an almost forgotten word – where things such as television, telephones, cars, electricity, were only legends.  A world destroyed and laid waste by a catastrophe so massive it had torn open a chink in Time’s fabric…  A chink through which someone from that future world might fall, to find herself in the Wolfking’s enchanted lair on the very edge of the dazzling halls of Tara’s Court…