DROWNING IN THE PLOT 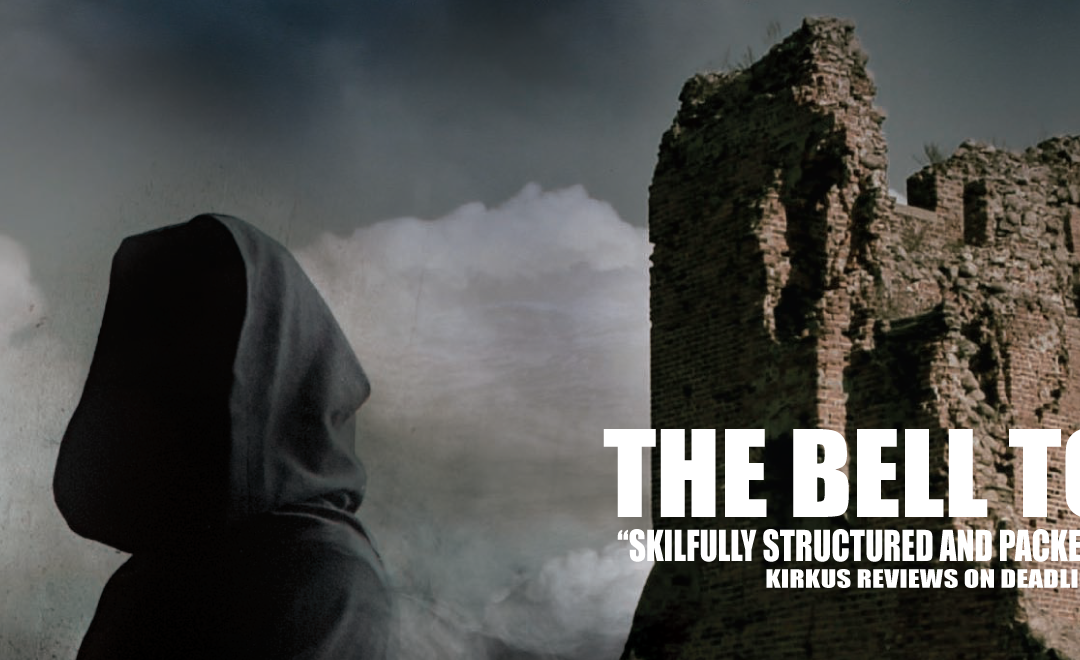 Quite near to where I live is a beautiful and mostly unspoilt village which is chockful of history.  It’s home to the 1,000-year-old Horn Dance, whose performers still caper through the village with enthusiastic glee once a year; it’s mentioned in the Domesday Book, Henry VIII dissolved its monastery and Dick Turpin stabled his horse at the local inn.  On the outskirts is a massive reservoir, and there’s a wonderfully eerie legend that tells how the reservoir’s creation drowned a number of buildings.  At times, the legend expands to describe how an actual hamlet, if not an entire village, lies at the bottom of the reservoir.

Legends about drowned cities and drowned worlds are deeply woven into the folklore of the human race, of course.  There’s Atlantis which might not have existed at all, or which might still lie ‘full fathoms five’ in the middle of the Atlantic Ocean. There’s Lough Neagh in Ireland, immortalised in a ballad of 1852, called Let Erin Remember.  And there’s the ancient port of Herakleion, near Alexandria, dating to around 500 BC, and discovered as recently as 2000.  Incredibly, a slab of black granite was found in the watery ruins, inscribed with a tax edict signed by the Pharaoh Nectanebo.  Possibly proving that the Inland Revenue is a much older organisation than anyone realised.

of systematically killing her lovers next morning, managed to cheat the gods when they destroyed the city. She transformed herself into a mermaid, and took to materialising with languid grace on a rock to lure fishermen to their doom.  Considered as an escape ploy it’s an enterprising idea, although as a seduction technique it might have been a tad unreliable particularly in Winter.  In later centuries, the 1824 poem, Die Lorelei, has a golden-haired heroine also seated on a cliff, this time above the Rhine, eternally combing her hair and distracting sailors who crashed their ships on the Lorelei Rock – which is sometimes translated as the Murmuring Rock.

So, to base a book on a drowned village was clearly to tread an already well-trodden path – a path so frequently used, in fact, that it had assumed the importance of an actual genre and had taken unto itself a name – reservoir noir­.

But how about using a single building, ruined and desolate, doomed to be submerged by the sea at high tide every day…?  An old bell tower, perhaps,

on the edge of the English coast.  A tower that would jut up from its shelf of rock like a decaying black stump, and – drawing on the Lys and Lorelei legend – a tower that would have a carved stone figure on the seaward side.  A figure that would be completely immersed at high tide, its blind stone eyes staring into the under-sea world for hours.  At this point, I found the painting shown here on the left, and it was propped up on my desk during the writing of the book.  It’s the work of a 19th century American artist called Thomas Cole and it acted as a terrific visual inspiration.

As for the other inspiration…

When I was about eleven years old, a particular film was shown on television.  It was a rainy Saturday afternoon and there was nothing much to do, but the Radio Times was advertising an old film from the 1940s.  (Those were the mystical days when there was only one TV channel).  I thought, vaguely, that it would be utterly boring, with people talking in impossibly clipped accents and ladies with corrugated hair.  But I curled up in a chair to watch it anyway.  (There may have been tea and toasted crumpets with butter halfway through viewing, which would have added to the cosy eeriness).  The film absolutely enchanted and mesmerised me.  It was never televised again, but I never forgot it.  Some people will know this film as The Dream of Olwen – it was also titled While I Live.  It’s based

on a play called This Same Garden by Robert Bell, and the plot centres on a girl coming into a clifftop house, not knowing who or what she is, sitting down at the piano and playing an unpublished piece of music that was written twenty years earlier, by a girl long since dead.  For me that film ticked all the boxes – eerie music, secrets from the past, and, of course, a faint whiff of the supernatural.  Working out the plot for the book that was to become The Bell Tower, that long-ago rainy afternoon came back to me vividly.  Music – specifically a lost, sinister  piece of music – and a wild clifftop setting.

Then, researching for something quite different, I discovered, by chance, by serendipity, by divine (or even demonic) providence, an ancient lament.  A death song. It’s the eerie and hauntingly beautiful The Unquiet Grave, sometimes known as How Cold the Wind Doth Blow.  It’s believed to date to around 1400, but, incredibly, it can still be heard today.  It’s been recorded by many contemporary musicians and singers including Joan Baez, the Dubliners and Steeleye Span.  A plethora of folk musicians have sung it, assorted progressive and alternative rock groups have given it their own upbeat and quirky twist, and at the other end of the scale several arrangements have been made by the great romantic composer, Ralph Vaughan Williams.  I based Thaisa’s Song, which is at heart of my book, on that ancient song.

The village in The Bell Tower is called Rede Abbas. It’s fictional, but its counterpart can be found in many places along the wild and beautiful stretch of England’s southern rim known as the Jurassic Coast.

The ancient bell tower of the title is, on the other hand, entirely a creation of my own imagination.   At least, I hope it is…

FINAL NOTE:  The film, While I Live, was released on DVD two or three years ago.  I’ve watched it several times now, and it still works the magic for me.  (Corrugated hair and cut-glass accents notwithstanding).  I’m hugely grateful to that film and to whoever wrote The Unquiet Grave for providing me with the plot for The Bell Tower. I find it sad that the name of that song’s original composer has been lost, because I would like to have given credit to someone for that marvellous inspiration – no matter how long ago he – or she – lived.

Of the many recordings available via YouTube etc, this one, by Luke Kelly seems to me to come closest to conveying the raw emotion of the lyrics.  So for anyone who would like to hear it, here’s the link: